On Friday 13th November there was great excitement in Bunscoil.  The music of  007 James Bond was heard over the intercom,  and it was announced that the new Green School Committee had been formed,  and that the names were TOP SECRET.  At 2.00 p.m. there was an assembly of the children from 1st-6th class in the Halla,  and once again the 007 theme music was playing mysteriously!!!

Ms. Hayes-Brennan handed Ms. Horgan,  our Green School Co-ordinator a large green envelope with TOP SECRET written on it.  Ms. Horgan opened it,  and read out the names of the incoming committee,  for the coming term,  to huge applause.

We thank Ms. Horgan for her ten years of dedication to the Green Schools and also to the other staff who are working for the fifth green flag on the theme of bio-diversity. 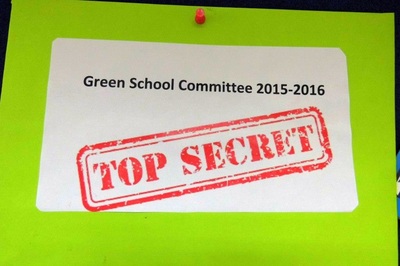 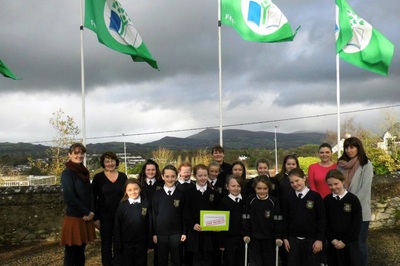