Our school uniform consists of the following:

Junior & Senior Infants (Girls & Boys):
Navy tracksuit, red and navy t-shirt and red and navy zipped top as below
This new school tracksuit introduced in school year 2021-2022 and can be purchased from ID Sports, Mitchelstown. 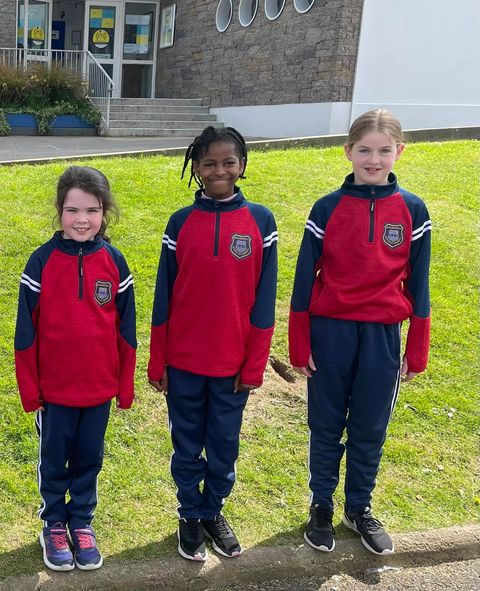 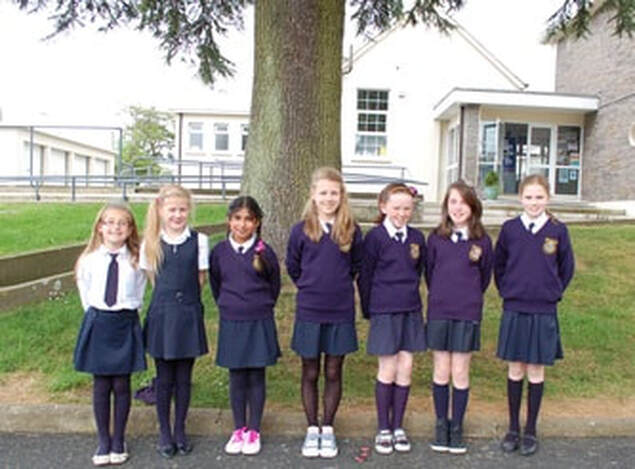 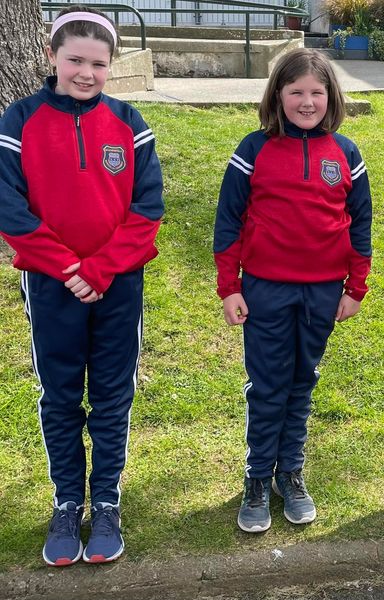 ​Our Uniform in the Past
Since the early days of the Mitchelstown Presentation primary school, the pupils wore uniforms.  This practice was welcome, as the uniform was often the only respectable clothing possessed by the pupils.  Below is an example of the uniform worn around 1910.  This photograph was taken in front of the convent’s south wing (which later became Marianville). 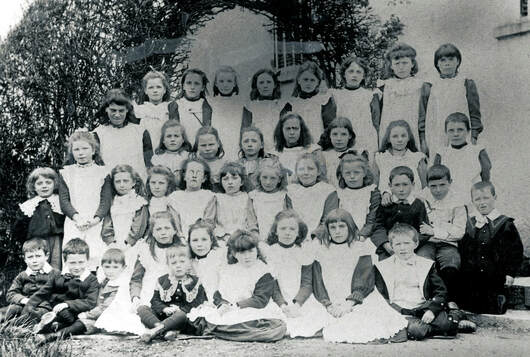