Proclamation Day in Bunscoil na Toirbhirte
On March 15th,  as part of the Ireland 1916 commemorative programme,  Bunscoil na Toirbhirte reflected upon the events of 100 years ago in a very special manner.  The day began with the raising of our National Flag at 9.10 in the school yard.  Parents and families attended in great numbers.  All the pupils had assembled in the lower yard.  Ms. Hayes-Brennan (Principal)  welcomed everyone.  Chuir sí fáilte ó chroí roimh gach éinne a bhí ann agus dúirt sí gur ocáid stairiúla ab ea an lá do Bhunscoil na Toirbhirte.

The ceremony began with the raising of the Irish Flag.  Fr. Gabriel Burke,  chairperson of the board of management,  blessed the flag.  Bunscoil’s dedicated caretaker Billy Murphy raised the flag.  Billy was a member of the army for twenty two years and served as a peacekeeping troop in the Lebanon in 1987 prior to working in Bunscoil,  and his dedication and commitment to the school was acknowledged by Ms. Hayes-Brennan.  Sé an príomh rud a bhí le déanamh againn ar an lá,  ná brat na hÉireann a ardú  agus an forógra a léamh.  While Billy raised the flag Paul Finn (parent) gave a drum roll and Odhran Hayes-Brennan (past pupil) played “Revielle” on the cornet.  .  At this stage Liam de Róiste read the proclamation.  This was of huge historical importance to our school because in 1966,  his late father,  Tom Roche of Ballybeg,  who was a member of the Irish Republican Brotherhood in 1916,  unveiled the proclamation and spoke to the pupils of the Presentation Primary and Secondary schools in our Halla.  At that time he was a father of two Presentation pupils and we were delighted to welcome back his daughter Ann and her sister Maura.  Tom’s  grand-daughter Eilís Watson is a member of the Bunscoil staff for many  years.

The ceremony concluded with Ms. Hayes-Brennan thanking all who had contributed to the ceremony;  Ms. Horgan for her enthusiasm in the preparations,  Ms. Linehan for organising the grounds,  all the pupils and staff for their work and Seán Finn for erecting  the flagpole.   The pupils marched back to their classrooms to the march Seán South,  and four classes went to the Halla for the first of the three Céilí which take place annually to celebrate St. Patrick’s Day.  In all it was a memorable and wonderful day in Bunscoil na Toirbhirte. 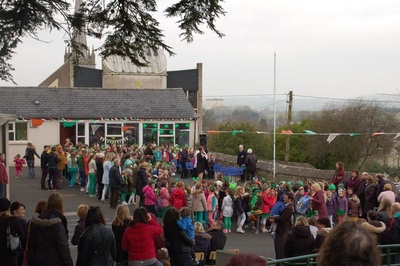 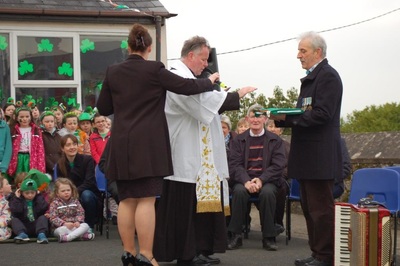 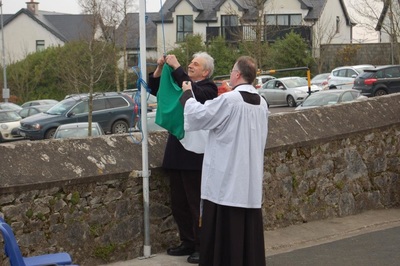 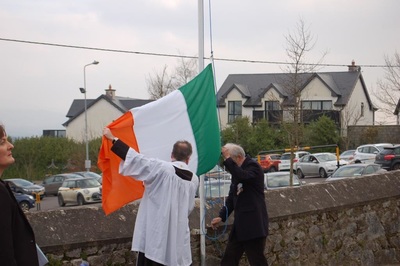 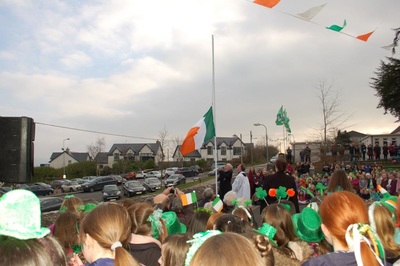 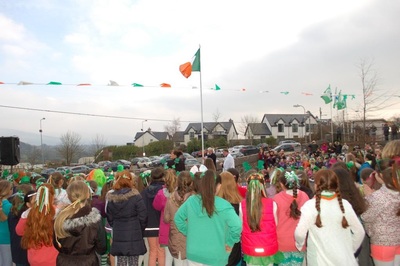 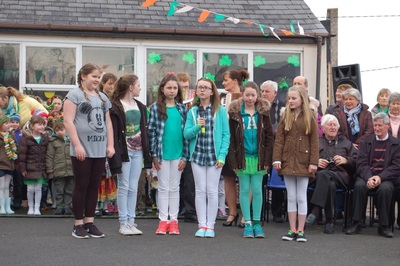 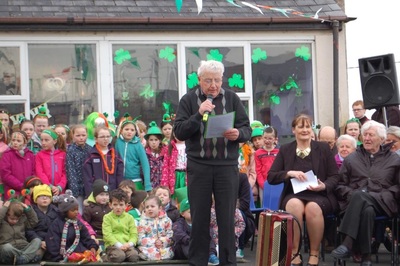 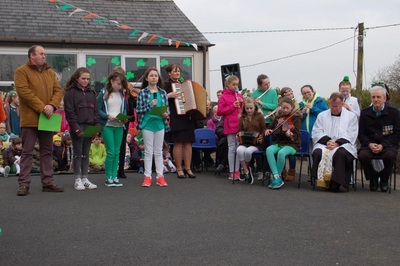 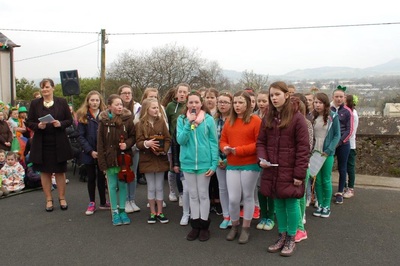 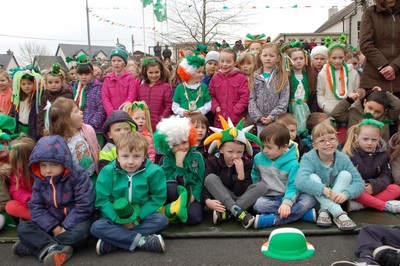 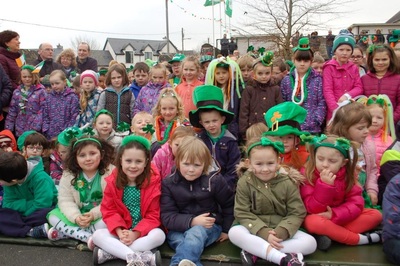 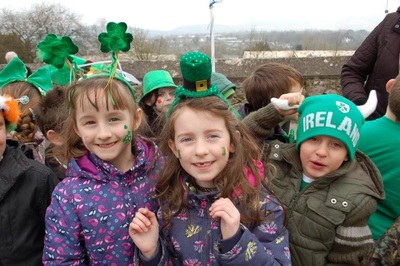 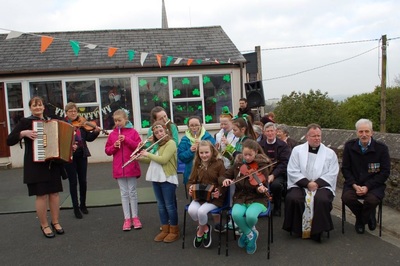 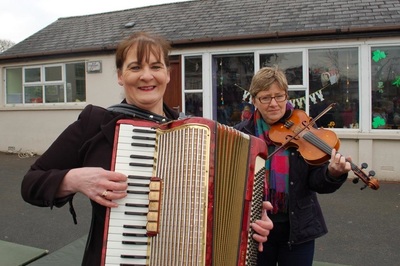 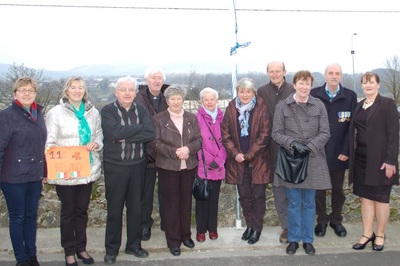